Over the last four years, SWFs have invested alongside a range of partners. In 2018, the trend reached a new peak as SWFs completed 211 investments in private equity, real estate and infrastructure as part of consortia, over double the 92 deals completed as a solo investors in both public and private markets.

Although SWFs have been investing alongside each other for almost a decade, in 2018 they have found novel ways to collaborate with a range of partners. There is a marked trend towards SWFs partnering with other, often government-owned, asset owners in both innovative new platforms and traditional private-equity-style transactions, which allow the partners to pool their networks and expertise for mutual benefit.

One example of this trend is Capital Constellation, a $700 million joint venture established by  the Alaska Permanent Fund Corporation (APFC), British pension fund RPMI Railpen and Wafra, a unit of the Public Institution for Social Security of Kuwait. The objective of Capital Constellation is to fund and assist the next-generation of promising private equity and alternatives managers around the world.

Private equity and venture capital managers are also benefiting from SWFs becoming more collaborative, and were co-investors in a third of SWF investments in 2018. SWF transactions with VCs have doubled over the last three years, from 32 deals, 11% of the total in 2016 to 67 deals, 22% in 2018. For example ISIF, co-invested with Insight Venture Partners, and Enterprise Ireland in AMCS, that provides software solutions for the waste and recycling industry. ISIF had already been part of €45 million ($50 million) equity investment to fund the growth of the company, and in 2017 had committed $100 million to Insight Venture Partners Fund X, focused exclusively on innovative growth stage software investments.

Chart 4.2. SWF Direct Investments (including real estate and infrastructure), as a % of total 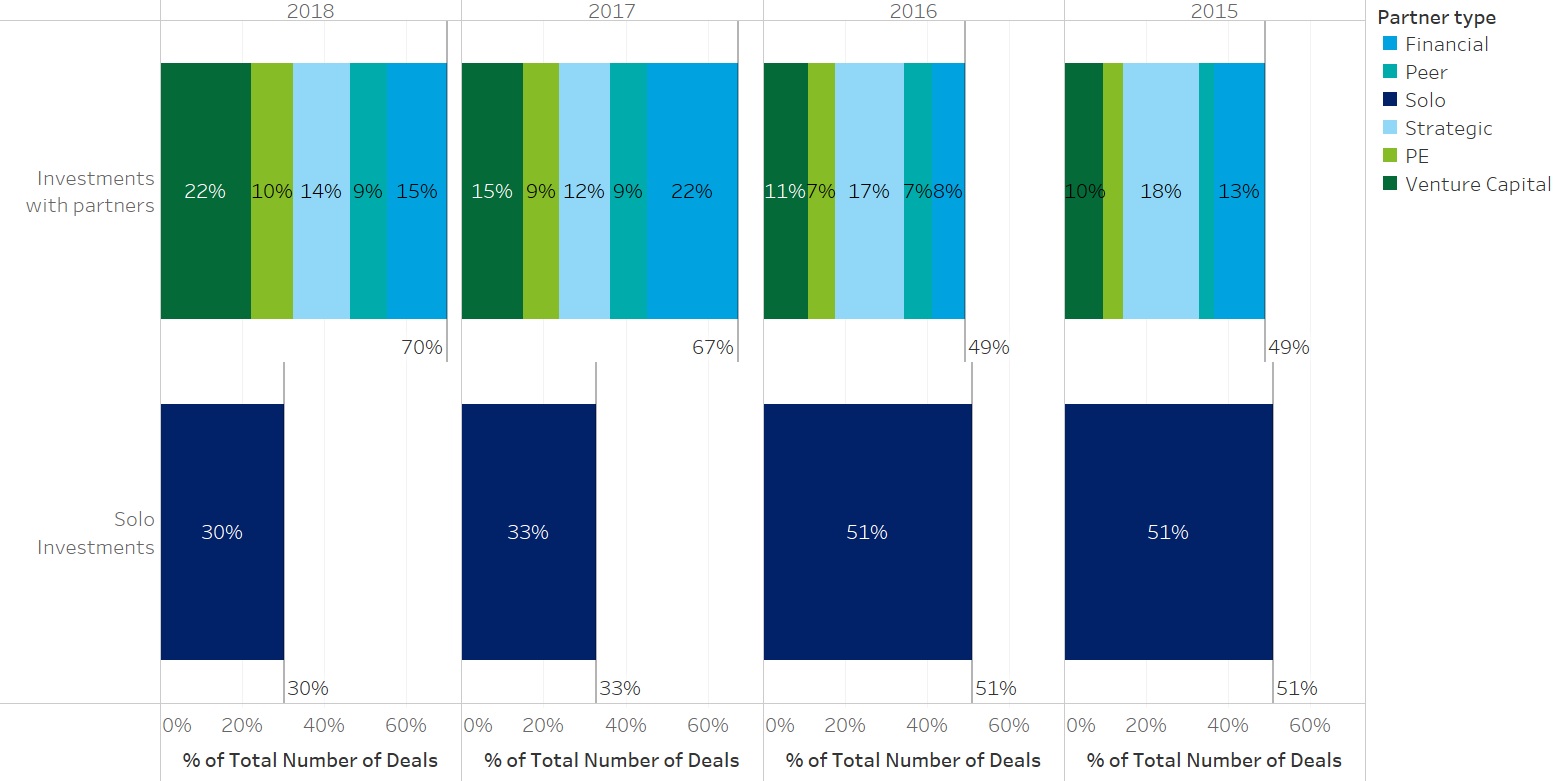 But partnerships are not only useful for SWFs in private markets. These arrangements can also help SWFs access specific exposures in public partners. In another partnership, this time with quantitative fund management firm McKinley Capital Management, APFC established a long-only, closed-end fund to invest in 30 selected emerging and frontier markets in the Middle East, Africa, and South Asia. This was a major step forward for APFC, which has been increasing its allocation to emerging markets for the last ten years, but has generally gained exposure through external managers or exchange-traded funds.

Angela Rodell, CEO of APFC sums the benefit of this strategy up well. “I think partnering is very important for us for a couple of different reasons,” she says. “First and foremost, it is a way to leverage our resources,” continued Ms Rodell, who is also vice chair of IFSWF. “Partnering gives us access and understanding to many markets in a way that otherwise wouldn’t be accessible. One of the biggest challenges in investing in funds is that you can have a misalignment that most of the time is a misalignment of timeframe.” 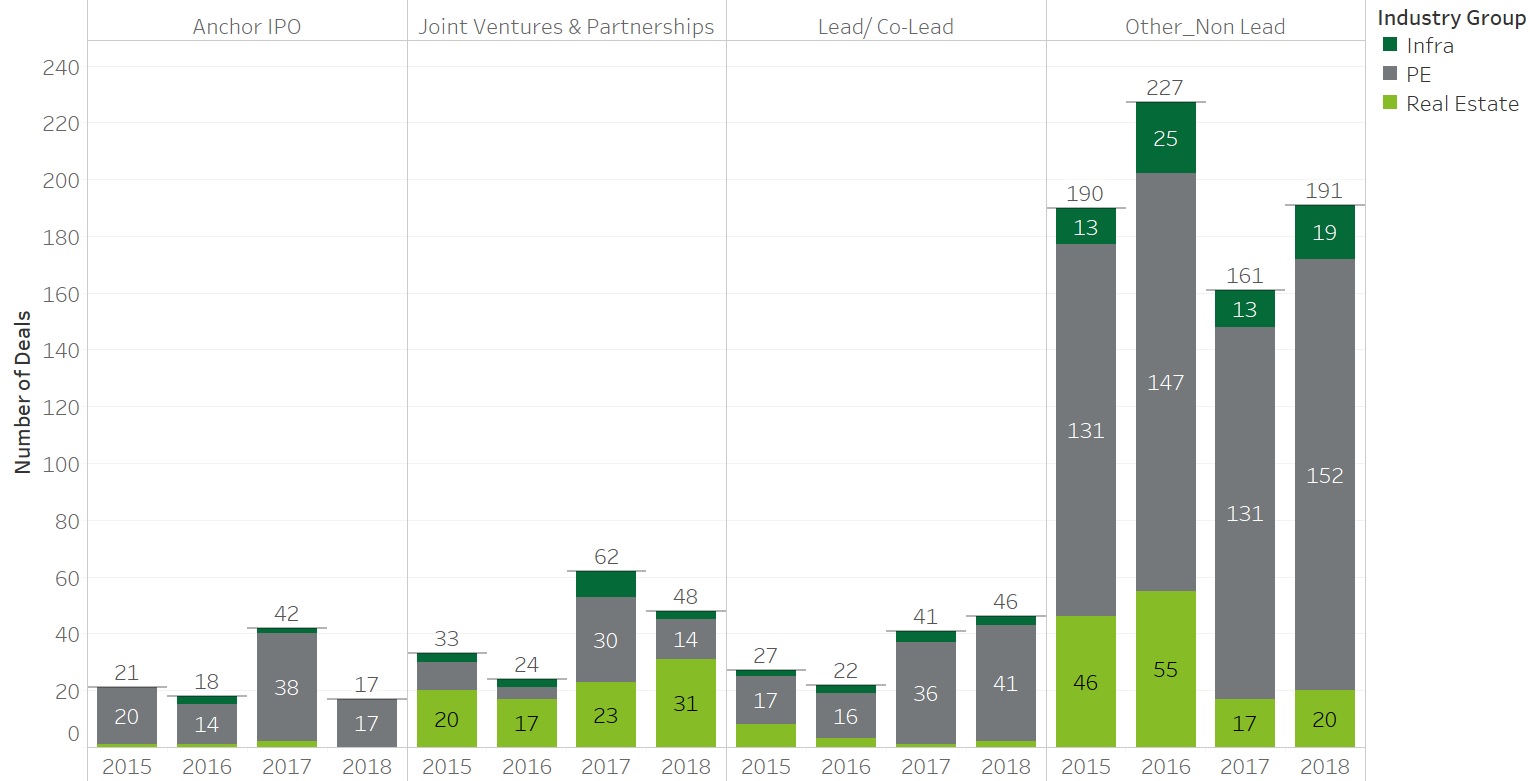 Even in more traditional private-equity co-investment arrangements, SWFs are increasingly taking the lead in consortia. According to our data, in 2018, SWFs were the lead or co-lead in 46 deals or 15% of the total, versus 41 the year before, 13% of the total. Formal joint ventures or partnerships also remain popular, accounting for 16% of the year’s deals, slightly down from 20% in 2017. Strategic and development funds, such as the Russian Direct Investment Fund, Italy’s CDP Equity and Ireland’s ISIF, that have a specific remit to attract foreign direct investment are a major driver of this trend. For example, in 2018, RDIF added a new partner – Public Investment Fund (PIF), to the $2 billion Russia-China Investment Fund (RCIF), its joint venture with the China Investment Corporation. The agreement sets out that PIF will contribute $500 million to RCIF, creating a trilateral Russian-Chinese-Saudi investment fund. 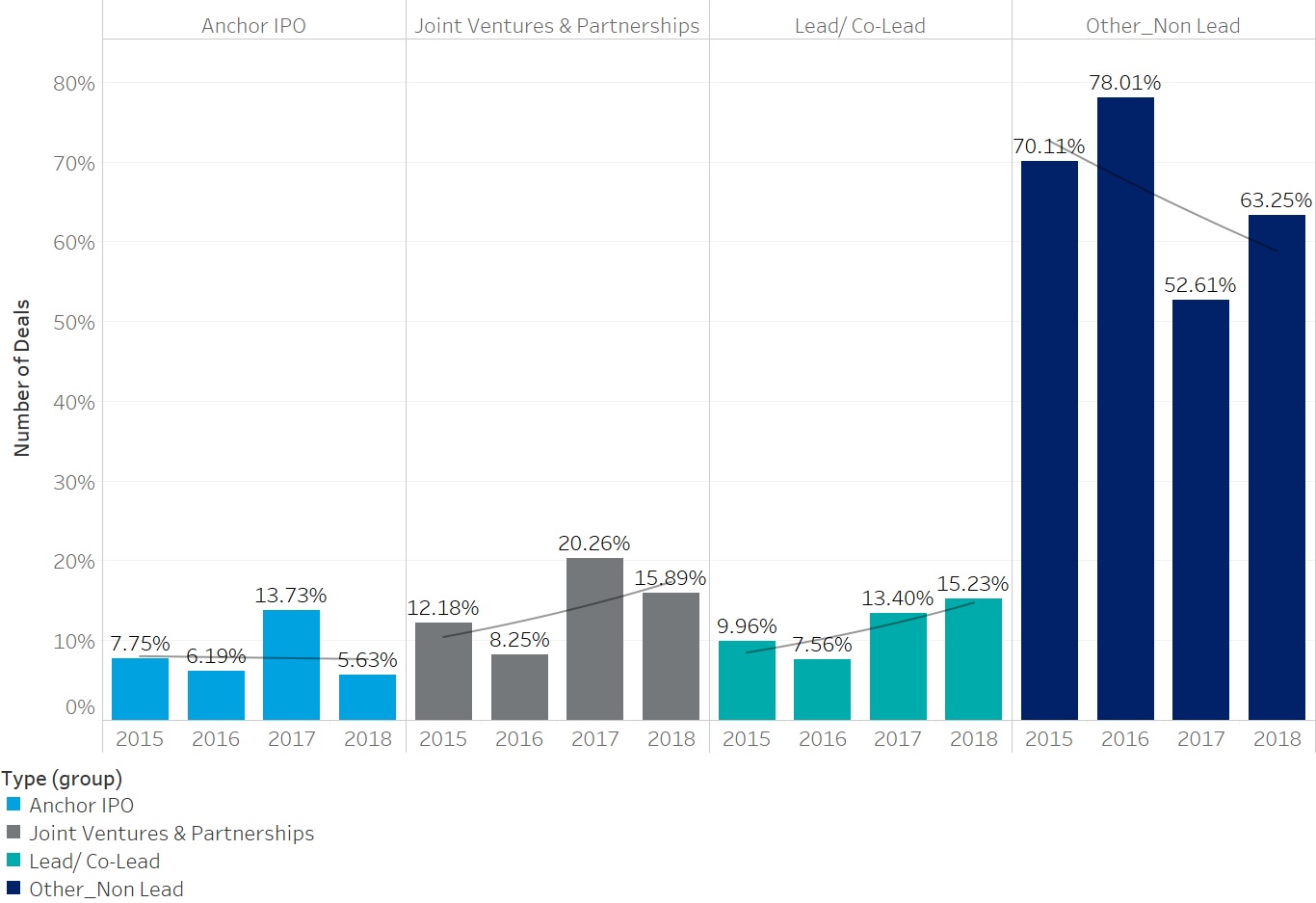