The role of SOFAZ in Azerbaijan’s economic development strategy 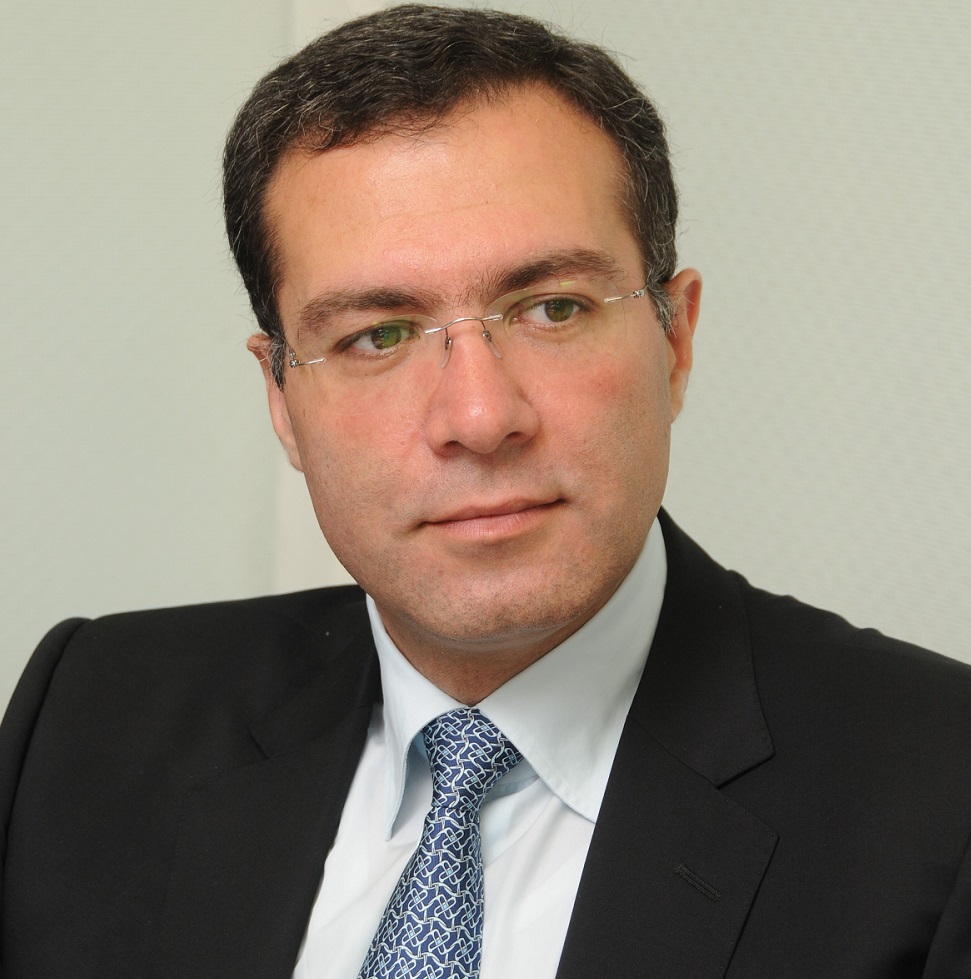 Shahmar Movsumov – Chief Executive Officer of the State Oil Fund of the Republic of Azerbaijan (SOFAZ), and board member of the International Forum of Sovereign Wealth Funds – explains SOFAZ's little-known role in Azerbaijan's economic development.

According to its Statute, SOFAZ’s resources may be directed to the construction and reconstruction of important infrastructure projects.

SOFAZ has played a vital role in the national economy by efficiently using natural and energy resources to invest in major transport and other hard infrastructure developments – both greenfield and maintenance projects – as well as social infrastructure projects.

Since its inception, the Fund’s aggregate revenues have constituted about $148 billion, of which about $105 billion (71%) has been directed to the local economy.

It has been 20 years since the establishment of the State Oil Fund of the Republic of Azerbaijan (SOFAZ). Could you tell us what the fund’s objectives are and how these have changed over the past two decades?

In December 1999, Azerbaijan’s leader, Heydar Aliyev took the farsighted decision to establish the State Oil Fund of the Republic of Azerbaijan (SOFAZ) to manage the government’s oil revenues after the development of the country’s oil fields. The fundamental principle of SOFAZ is to ensure intergenerational equality with regard to the country's oil wealth and to accumulate and safeguard the oil revenues for generations to come. With that in mind, the Fund also aims to preserve macroeconomic stability by shielding the economy from fluctuations in oil prices, decreasing dependence on hydrocarbons, and stimulating the development of the non-oil sector. Non-renewable natural resources are transformed into a diversified portfolio of international financial assets, which generate perpetual income for current and future generations. In line with these objectives, SOFAZ participates in the development of the economy by using part of the revenues to finance major social and infrastructure projects. Over the past two decades, the Fund’s objectives have not fundamentally changed. During the 20 years of the Fund’s existence, it has been a crucial element of Azerbaijan’s financial and macroeconomic stability, shielding the economy from oil price shocks. Started with US$270 million under management, SOFAZ’s assets stood at around US$38.5 billion (about 82% of GDP) at the end of 2018. 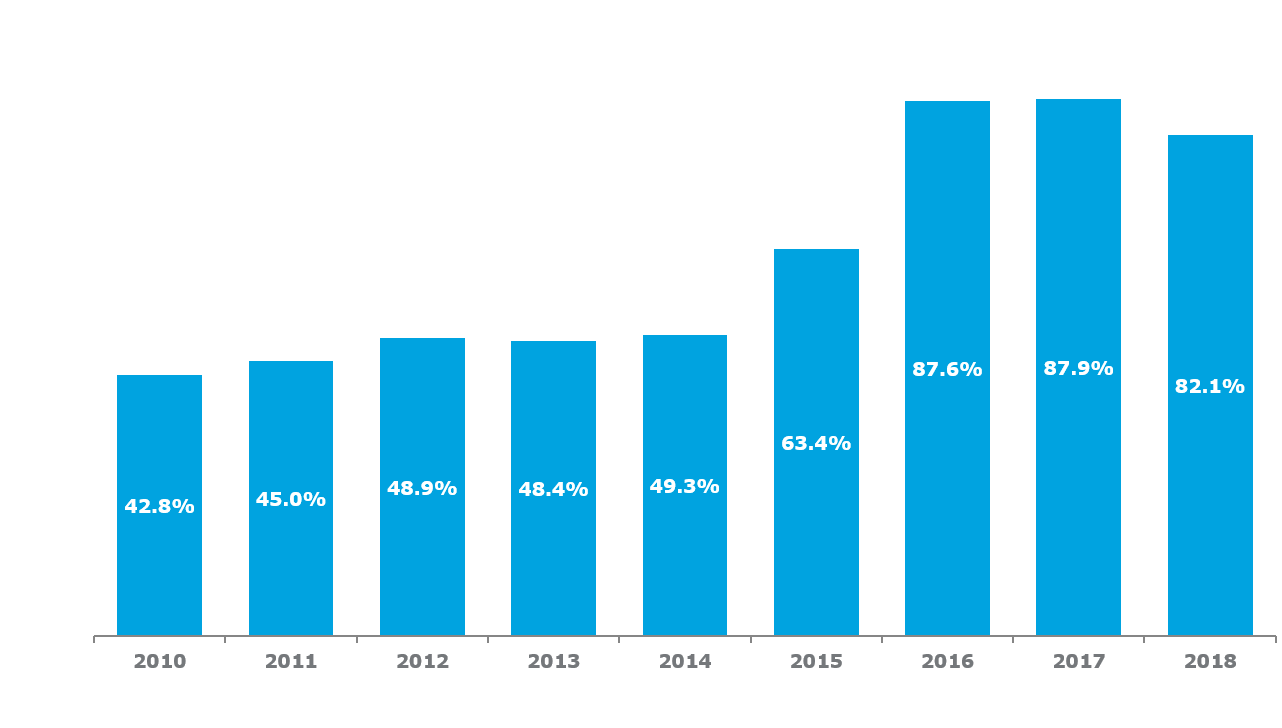 SOFAZ, celebrating its twentieth anniversary, has achieved outstanding results and recognition in its successful implementation of vision-driven objectives. Today, the Fund has more potential to carry out its mission with greater faith, courage, and assurance than it has had at any other time in its history. For many years, the Fund has also gained a strong reputation for its transparency and accountability.

How have the persistent low oil prices of the last three years affected SOFAZ’s role in Azerbaijan’s economic development strategy?

Azerbaijan's large stock of foreign currency assets managed by SOFAZ helps to cushion the economy and the government’s balance sheet. It also provides the necessary opportunity to adjust to lower oil prices. As a result, via proper countercyclical fiscal policy, the government has a room for widening a fiscal deficit during the periods of lower oil prices, economic recession and reduced fiscal revenues. While the transfers from SOFAZ play a key role in spearheading the economic and infrastructural development of Azerbaijan, the recent decline in oil prices has shown that in the long term, Azerbaijan needs to decrease its dependence on oil revenues and accelerate the process of economic diversification. In line with these strategic goals, the government adopted a fiscal rule for the budget in late 2018. The fiscal rule assumes that the non-oil deficit (difference between non-oil budgetary incomes and expenditures) in the non-oil GDP in any given year must be at least one percentage point below the respective indicator of the previous year. Since the transfer from the Fund is categorized as oil income, consolidated budgetary expenditures may increase only if the country’s non-oil GDP is growing. At the same time, consolidated budget expenditures in any given year must not exceed the previous year’s level by more than 3%. This rule is set to target two goals: first, to keep the state of public finance stable, preventing the depletion of SOFAZ’s assets and accumulation of public debt; and second to escape pro-cyclical effects if the oil price rises. The Rule sets upper limits for budgetary expenditures, including SOFAZ’s transfers to the state budget, but also encourages a flexible approach, so that these transfers can be lower than the limit in case there is no need to spend more. This clause will help to increase the Fund’s assets in the years of sufficiently high oil prices. In line with its objectives, the core strategy of SOFAZ consists of the implementation of an investment policy that allows the Fund to act as a buffer to maintain macroeconomic stability as well as building a diversified investment portfolio to safeguard and increase the value of accumulated assets.

How would you explain the developmental impact of SOFAZ in Azerbaijan?

For a country that has only relatively recently gained independence, Azerbaijan has undergone dramatic positive changes. According to its Statute, SOFAZ’s resources may be directed to the construction and reconstruction of important infrastructure projects and the solution of the most important national problems for the sake of ensuring socioeconomic prosperity in the country. SOFAZ has played an essential role in the national economy by efficiently using natural and energy resources to invest in major transport and other hard infrastructure developments – both greenfield and maintenance projects – as well as social infrastructure projects, particularly creating the best possible environment for education and well-being. To get a sense of the impact, it is worth mentioning that since its inception, the Fund’s aggregate revenues have constituted about $148 billion, of which about $105 billion (71%) has been directed to the local economy. SOFAZ has always played a vital role in accelerating economic progress, driving sustainable growth, developing a more robust environment for the improvement in oil and gas, transportation, education and agricultural (water irrigation) sectors of the national economy by supporting the effective alignment of country’s economic policy and thus, providing greater longer-term resilience to economic shocks. Over the past two decades, SOFAZ expenditures totaled $104.3 billion (as of February 21, 2019), 90% of which ($93.9 billion) was transferred to the state budget. This is a sizeable contribution that served to increase the competitiveness of the national economy and effectively integrate it into the global economy, support transition to a non-oil economy, enable  formation of digital sector and even space infrastructure, improve the welfare of the population via reducing poverty, maximising value added, and creating high-quality and sustainable jobs, and last but not least, create the best possible ground for businesses, entrepreneurship and innovation to flourish. All these policies are part of the strategy set by the country’s President Ilham Aliyev, which aim to avoid the negative impacts of the global financial crisis and ensure steady economic growth.

Which development projects is SOFAZ funding in Azerbaijan?

The Baku-Tbilisi-Ceyhan (BTC) oil pipeline is the best known of all the SOFAZ-funded projects. The pipeline was a breakthrough in the development of independent Azerbaijan, making it a global player in the energy market and rising global interest in the security and stability of the South Caucasus region.

SOFAZ also finances several major water infrastructure projects that provide high-quality water supply for the country. One of these projects is the reconstruction of the Samur-Absheron irrigation system aimed at strengthening food security and creating a reliable source of water supply for the cities of Baku and Sumgait. This project has already contributed to the wellbeing of the population in the country’s northern regions through increasing the agricultural potential of the land. Overall, 30.4 thousand hectares of land are projected to be newly irrigated by the time the project is completed. The Oghuz-Gabala-Baku water pipeline, another major project completed in 2011, made a great contribution to the provision of fresh water to Baku, the capital of Azerbaijan.

At the same time, SOFAZ has been paying great attention to the country’s social development. Its first and foremost social project was aimed at the construction of temporary settlements for over a million refugees and internally displaced people forced to flee their native lands as a result of the Armenian-Azerbaijan Nagorno-Karabakh conflict. More than 150,000 people were relocated from tent camps to new settlements, supplied with all the utilities, including medical to educational and cultural facilities.

The government views the improvement of the road network to be a priority, as this infrastructure has a substantial impact on the diversification of the national economy. The new Baku-Tbilisi-Kars railway line project will connect the Trans-European and Trans-Asian railway networks enhancing the region’s transit capacity, restoring the historic “Silk Road”. Implementation of this project is particularly important for accelerating the intra- and inter-regional integration processes.

SOFAZ is also financing the government’s share in the “Southern Gas Corridor”. This project is considered to be one of the priority energy projects for the European Union as it envisages the transportation of gas from the Caspian region through Georgia and Turkey to the European countries. 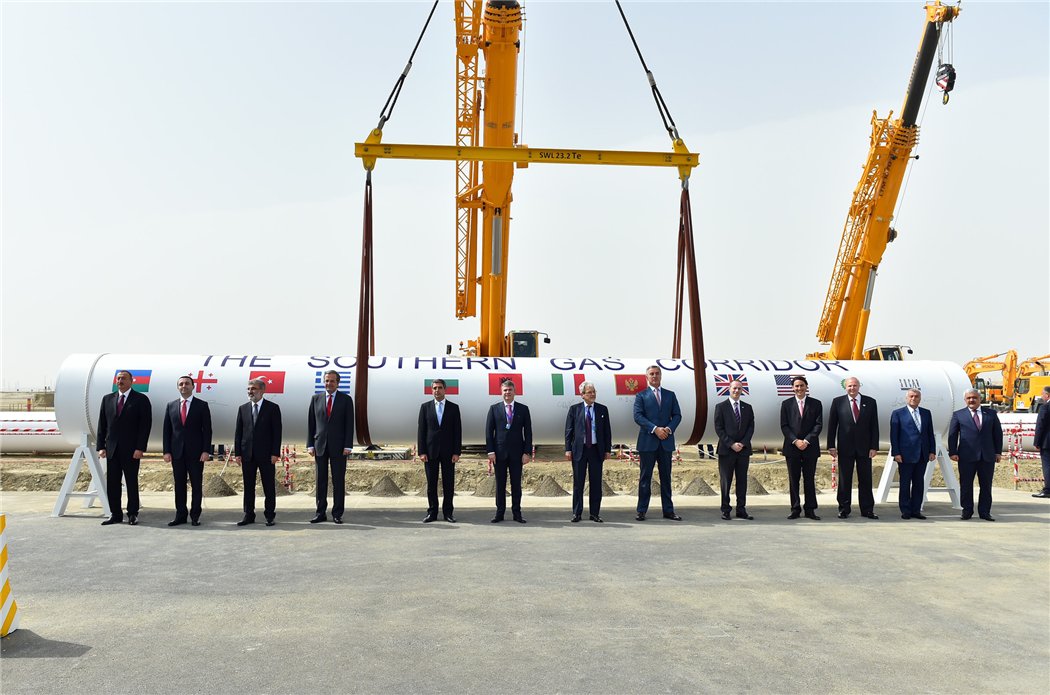 How is SOFAZ contributing to the development of human capital in the country?

The strategy of “turning black gold into human capital” pursued by President Ilham Aliyev is being implemented through different reforms and initiatives. This strategy aims to develop human capital and improve educational standards to international standards. The “State Program on education of Azerbaijani youth abroad for the years of 2007-2015” was one of these core initiatives aimed at improving the country’s human capital development. Overall, SOFAZ has financed the education of about 3500 students within the framework of the state programme, 79% of whom have been funded to study at undergraduate or graduate levels, while about 700 students have pursued doctoral or higher medical studies. The programme participants went to study at the renowned universities of countries such as the USA, UK, Germany, Netherlands, Turkey and many others. The fields prioritised by the programme include economics and management, medicine, industry, information and communication technologies and law. It should be noted that 95% of the graduates are employed according to the profession they acquired, that testifies to the correct allocation of professions.

This government initiative has provided an opportunity for young Azerbaijanis to study in the world’s leading universities, and thus contribute expertise gained through this experience to the country’s medium and long-term sustainable development goals.  This programme is very significant for the advancement of the country and the integration of Azerbaijan into the global economy.