The opinions contained here are those of the authors and do not reflect the views of IFSWF or any of its members. 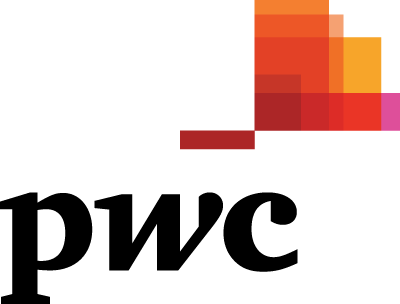 Fifteen years ago, the world of sovereign wealth funds was fairly homogeneous. Virtually all of these funds had been established by governments to manage fiscal surpluses generated from resources and trade, such as oil revenues, or from a broader mix of economic activities. These traditional sovereign wealth funds (SWFs) invest in assets worldwide — such as bonds, listed equities, private equity and real estate — to diversify their country’s asset base and revenue streams.

Today, the SWF landscape is larger and far more diverse. According to the International Forum of Sovereign Wealth Funds (IFSWF), there are 71 sovereign wealth funds — up from 20 at the start of the century1 — with aggregate assets totalling more than US$5 trillion dollars as of March 20202.

An ever-lengthening roll-call of emerging economies have adopted and repurposed the concept of the sovereign wealth fund. In a trend encouraged by multilateral development institutions, including the World Bank Group and International Monetary Fund (IMF), governments are setting up national investment funds targeted at financing and catalysing economic development — often through infrastructure projects — within their own national borders.

These funds are commonly termed sovereign development funds (SDFs). More than 20 now exist3, with ten governments having set up their own SDF in the past ten years. Although SDFs vary in size, lifespan and intent, there are certain commonalities across the sector. But, in our experience working with a wide range of funds, flourishing sovereign development funds are well-governed, transparent, commercially driven and have a clear focus on driving economic development.

"There are three principal drivers behind the rise of sovereign development funds."

Three principal drivers are behind the rise of  successful SDFs. The first is international investors that back investable projects and bankable assets in the country. The resulting increased flow of foreign direct investment (FDI) can enhance the country’s broader economic environment, by functioning as a catalyst for economic activity, development and growth.

The second driver is support from multilateral institutions, including the World Bank and IMF. These organisations promote these funds from a governance and transparency standpoint — a stance that aligns closely with the goals of the IFSWF, which include the promotion of good governance and transparency across the SWF community. For example, the World Bank Treasury’s Reserves Advisory & Management Partnership (RAMP) programme helps governments establish the governance and investment infrastructure to manage their excess financial reserves in a global multi-asset class portfolio, using a combination of internal and external portfolio managers4.The World Bank has also undertaken a wide-ranging research project on “strategic investment funds” — including SDFs — which informs its technical assistance and financing work with governments globally to help improve development outcomes.

In managing such a fund, governance and transparency are essential to ensure the efficient deployment of capital to support economic development. Before SDFs were created, the development institutions providing finance had little visibility into whether their money helped achieve the intended results. In contrast, sovereign development funds seek to operate on commercial lines akin to an investment platform, with controls, an operating model, a governance structure and reporting all well-defined. As a result, the providers of funding know exactly where their money is going, in which projects it is being invested, and the social and economic impacts it is generating.

The third driver is the transformation of state-owned companies to make them more efficient and, therefore, to enhance their value. This process involves attracting overseas funding, expertise and ownership to formerly inefficient public-sector organisations. The SDFs can restructure and optimise their portfolio companies to be better managed and eventually become regional or global leaders, ultimately using them as a source of capital and dynamism to invigorate the local economy.

One example of this driver in action is Kazakhstan’s Samruk-Kazyna, which was established in 20085 and whose total assets of around US$78 billion include holdings in the national rail and postal services and the state oil & gas company6. Another is the Ireland Strategic Investment Fund (ISIF) whose “double bottom line” mandate dictates supporting economic activity and employment in addition to delivering commercial returns.7

The Ireland Strategic Investment Fund made a €15m equity investment to grow and scale West Cork Distillers to be a major player in a globally successful indigenous industry.

The SDF is now proving its worth in a growing number of countries. Perhaps unsurprisingly, the nations launching these funds tend to have a legacy of relatively inefficient state-owned enterprises. Consequently, the most fertile environments for them are not in the traditional sovereign wealth fund hotspots of the Middle East and Asia, but in emerging regions such as Africa, Latin America, South Asia and Eastern Europe.

Case studies of SDFs in all these regions serve to highlight why they’ve become such a powerful force in development economics and FDI. Take Nigeria. In May 2018, the country’s National Economic Council (NEC) authorised the initial transfer of US$650 million of seed funding to the Presidential Infrastructure Development Fund (PIDF), set up and managed by the Nigerian Sovereign Investment Authority (NSIA) specifically to invest in road and power projects.8

The NSIA — whose total assets rose by 16% in 2018 to ₦617.70 billion (US$1.64 billion)9 — said the creation of the PIDF was aimed at eliminating the risks of project funding, cost variation and completion that had impeded the development of Nigeria’s critical infrastructure in recent decades10. Ongoing projects in Nigeria that were previously impacted by a lack of funding include the Second Niger Bridge, the Lagos to Ibadan Expressway, and the Mambilla Hydroelectric Power project.11 The PIDF is now helping overcome the financial challenges facing these projects and others.

The strategy pioneered by Singapore’s S$313 billion (US$230 billion) Temasek Holdings12, founded in 1974, is a model used by many governments setting up sovereign development funds. Temasek’s well-respected approach involves seeding the fund with former state-owned investments and enterprises, while applying best-practice governance and asset management principles to drive transformation of their efficiency and performance. Once optimised, these assets can be privatised by selling up to approximately a 40% shareholding on the public equity market — or to a trade buyer or other investor. The capital generated can then be reinvested in growth areas, such as emerging technologies.

A sovereign wealth fund that has achieved success by applying these principles is Turkey Wealth Fund, set up in 2016, whose stated objective is to contribute to Turkey’s development and economic stability by managing publicly owned assets more effectively and efficiently.13 Turkey Wealth Fund holds and oversees the government’s former stakes in a number of the nation’s biggest companies, including Turkish Airlines and Turk Telekom.14 It also recently took over insurance and pension companies owned by Turkey’s state banks.15 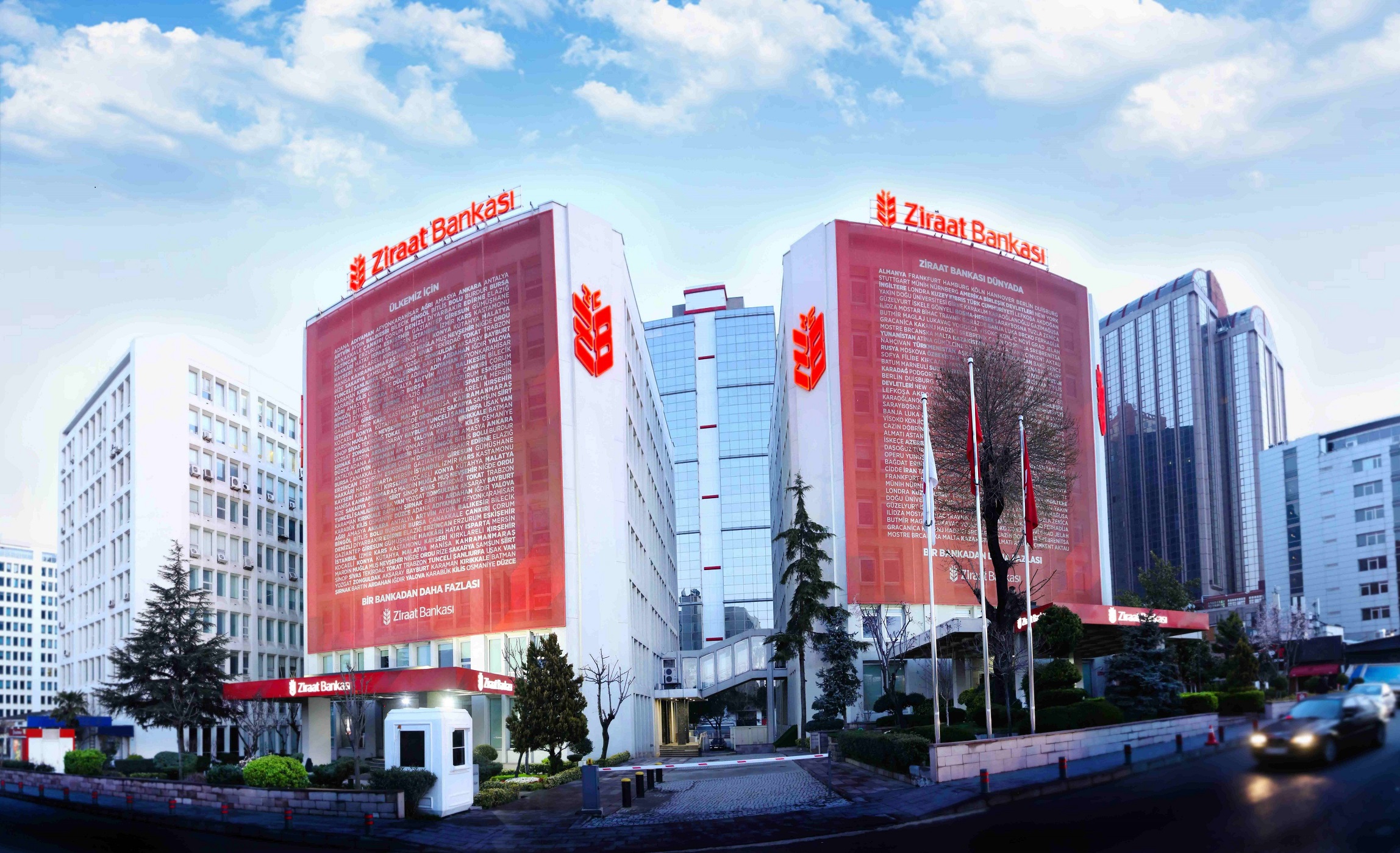 Looking To The Future

PwC has helped many countries around the world establish sovereign development funds, providing advice and expertise in the areas of strategy, governance and operating model design. Our advisory work includes assisting governments in separating the funds from civil service bureaucracy, optimising their operations, setting market-level salaries, attracting the right talent and boosting efficiency in the public-sector organisations they invest in and/or control. We have learned that development funds play a major role in helping these countries and many others progress along their economic development path by attracting and channelling in external funds, while contributing to the achievement of wider societal and often environmental benefits.

From the outset, we’ve been strong proponents of governments establishing commercially driven investment platforms to drive economic development and attract FDI. Our focus has been on emerging and frontier markets where governments sought support for developing local infrastructure, optimising state-owned enterprises or attracting foreign investments across sectors.

During our work with sovereign development funds, we have observed that these institutions, when established on the basis of good governance and commercial return, can enhance the rate of economic development. Setting up a fund may be a necessary step, but it is not sufficient for success. For SDFs to deliver on their promise, they must maintain good governance, offer transparency so that stakeholders understand where investments are being made (and how they perform) and focus on economic development with a commercially minded approach.

Although much has changed in the sovereign wealth fund universe in the past 20 years, these keys to results endure. We believe these attributes will continue to drive the success of sovereign funds for many years to come — yielding ever greater benefits for countries, their citizens and the world at large.

Will Jackson-Moore is PwC’s global private equity (PE), real assets and sovereign funds leader. Will has worked in the deals business for 26 years leading complex border projects for PE and corporate clients.  Assignments include due diligence, cost reduction, disposals and restructuring. He was previously based in UAE, where he was managing partner for PwC in the Middle East region. Prior to that he ran the PwC UK transactions services, private equity and SWF teams. Based in London, he is a partner with PwC UK.

Tarek Shoukri is a deals consultant specialising in private equity, working with large global investors and their portfolio companies. He advises PE and investment clients on corporate and M&A strategy, improving business performance, capital efficiency, fund operations, M&A and divestiture transaction services, and post-deal value creation. He also helps lead PwC's work in global sovereign fund setup, strategy, governance and operations proposition. Based in New York, he is a director with PwC US.