The 2008 Global Financial Crisis wrought drastic market changes and institutional investors have responded by seeking new game-changing modes of investment. Sovereign wealth funds (SWFs) have been no exception. In fact, they face greater challenges due to the nature of their ownership. Despite signs from the market that signal a growing acknowledgement of their institutional capacity, they still face significant hurdles arising from their identity as government-affiliated investors. Unlike private actors, state-owned institutions have had to prove their legitimacy as institutional investors. The Santiago Principles and the IFSWF have been central to these efforts. They are a means of demonstrating trust, transparency and capability to the market and to regulators.

But are the Santiago Principles still up to the job? The search for higher returns in the post-crisis era has fostered growth in private-equity markets and a heightened regulatory response from host countries. At the same time, some SWFs are increasingly inclined to manage direct investments in-house, and sovereign-private partnerships have become increasingly commonplace. Additionally, new SWFs are appearing with mandates to foster economic development at home, necessarily bringing SWFs in closer contact with the politics of national industrial policymaking.

At the 2018 IFSWF annual meeting held in Marrakesh, Morocco, which celebrated the 10th anniversary of the Santiago Principles, members of the IFSWF began reflecting on the future of the Santiago Principles. The success of the Santiago Principles so far was not taken for granted, leading to calls for greater transparency and more attention to global issues. As part of the ongoing European Research Council project SWFsEUROPE, a five-year study on the global political economy of SWFs, we share and advance this agenda for revision in light of recent market developments. We offer five focal points for any rethinking of the Santiago Principles. First, to assess their policy relevance, we posit that the Santiago Principles need to be situated in the context of contemporary market trends. Second, heightened regulatory barriers in host countries point to an increasingly conflicting relationship between SWFs and regulators. In contrast to the current trend, regulatory issues should be addressed in a more integrated way between these key actors. Third, SWFs are becoming more active partners and stewards of their investments, signalling new practice and closer involvement. Moreover, new partnerships with other sovereigns and other private institutional investors are becoming the norm. The Principles could formally acknowledge these practices to maintain currency and trust. Finally, we advocate for a more reflective approach to the Santiago Principles. Practices of review and revision should be formalised in the Principles themselves.

The primary objective of the Santiago Principles is to maintain a stable global financial system underpinned by the free flow of investment capital. Formalised in 2008, they were intended to set out best practices for SWFs that would address the issues surrounding excess reserve accumulation, as well as appease national security concerns emanating from foreign government-affiliated investments.

SWFs EUROPE and the Santiago Principles

SWFs EUROPE is an ongoing European Research Council-funded project led by principal investigator Dr Adam D. Dixon and supported by four researchers, including Imogen Liu. It aims is to conduct the most extensive global ethnography of sovereign wealth funds to date, based on empirically-rich findings drawn from multiple quantitative sources and in-depth ethnographic and interview data on the leading funds from around the world. SWFs are unique institutional investors that are embedded not only in investment praxis but the political and regulatory complex of home and host countries. This project aims to understand SWFs in light of their positionality as sovereign investors at the intersection of the international and the national, the market and the regulatory context. As a project of global scope, the Santiago Principles feature prominently as a key factor of sovereign investment praxis. They are the primary standard of legitimate SWF governance that is promulgated at the international level. Understanding how the Principles shape sovereign investment is imperative to a truly global understanding of SWFs.

The choice to adopt a general, principles-based, as opposed to rules-based, approach was informed by the need to accommodate the diverse nature of the IFSWF membership. Yet, the market transformations of the past decade have been global. Private-market activity has slowed as host countries have tightened the rules governing foreign investment. The United States, Australia, Canada and the European Union, key investment destinations, are reforming the way they screen for foreign investment. Institutional partnerships and co-investments are twice as common as solo deals, accounting for ten per cent of all SWF deals in 2017.1 Moreover, sovereign-private arrangements have become the new normal. In the last five years, sovereign-private co-investment has grown exponentially, accounting for the vast majority of partnership arrangements in the 2014-2016 period.2 Their greater willingness to source deals in-house and eschew external managers (typically located in Europe and North America) not only reflects their improved capacity to manage direct investments, but also signifies their enhanced legitimacy as acceptable and increasingly confident institutional investors in global capital markets.

These trends mark a shift from delegated mandates to active sovereign investing, but they also presage the institutionalisation of new modes of investment practice. Originally drawn from global principles and practices governing official reserves management and institutional investment, the Santiago Principles were drafted when sovereign investors were mainly delegating their portfolios to external managers. As new SWFs and mandates expand and change, with some becoming more sophisticated and capable investment institutions in the process, the practices they introduce may become disengaged from the formal principles enshrined in the Santiago Principles. Their continued relevance needs to be established within the context of contemporary market trends. Failure to do so risks undermining the goodwill they have helped to generate in the global marketplace.

The shift toward increasingly restrictive foreign investment regulation in key markets highlights the lack of policy cooperation between host-country regulators and SWFs. This is a paradoxical development given the original policy agenda that gave way to the Santiago Principles. The IFSWF and the Santiago Principles were, in part, the policy outcome of security issues arising from foreign-government linked investments in the late 2000s. These concerns were also the catalyst for the turn toward greater investment protection. Despite this shared origin, the resulting policy outcomes have taken on a dual-track trajectory. On the one hand, the regulatory reforms honour host-country rights to mitigate against undesirable foreign investment. On the other, the stated objective of the Santiago Principles is to promote the free flow of investment capital. Respect for host-country laws, regulations, requirements and obligations is fundamental to the Principles, but in light of the increasingly interventionist direction of national investment regulation, regulators and SWFs appear to be operating increasingly at odds with one another. If they are to maintain their relevance, the Principles need to realistically address changes in national regulation. What is needed, in addition to greater transparency, is an integrated approach to sovereign wealth fund practice and investment regulation where SWFs and regulators are not acting at cross-purposes.

From Passive to Active Investment Partner

The turn towards increasingly active sovereign participation in the investments they manage has led to calls for greater transparency. While much needed, transparency cannot wholly address corporate governance issues arising from the increasing tendency of funds to engage in the management of direct investments. GAPP 14, for instance, advocates for an operational management approach grounded in economic and financial principles, but of the SWFs internal operations, as opposed to that of its investments. Similarly, GAPP 18.2 only stipulates the transparency standard with respect to internal and external investment policy. The principle itself is passive, emphasising transparency at the risk of ignoring substantive investment practice. The Santiago Principles are largely inward-looking, that is, focused on the governance of the funds themselves. However, in the context of their shift from passive to active investment partners, what is considered to fall under the umbrella of sovereign wealth fund governance and transparency should be more expansively understood.3

This new-found confidence has gone hand in hand with novel forms of partnership and collaboration. Sovereign-private arrangements, in particular, call attention because they represent a hitherto unseen co-partnership sub-type. Although not all new, the growing volume and variety in institutional collaboration, from sovereign-sovereign to sovereign-private to consortium models, suggests they are here to stay. Partnerships would benefit from formal acknowledgement via the Santiago Principles because they act to legitimate such arrangements in the eyes of private investors and regulators. In light of renewed calls for improved transparency, the Santiago Principles can explicitly recognise the need for enhanced disclosure of co-partnership corporate governance structures. Formal recognition can mitigate against private and policy concerns regarding their growing market power, the perceived risks of foreign-government linked investment and the corresponding regulatory response from host countries.

Rethinking the Santiago Principles should not be seen as revolutionary. GAPP 24 already calls for regular review of the implementation of the Principles. The IFSWF regularly publishes member self-assessments, which members are encouraged to refresh these at least every three years. Extending this principle from a review of implementation to include a review of the Principles themselves is not a stretch of the imagination, but it is an important addendum. Institutionalising review ensures the continued relevance and legitimacy of the Principles as the gold standard in best practice. Otherwise, they risk ossification in the face of new investment norms. A more reflective revision of the Principles would ensure that the financial and political realities of institutional investing are taken seriously by SWFs. In this sense, we adopt the SWFsEUROPE approach in appreciating the embeddedness of investment and regulatory praxis. SWFs have become better-equipped market actors, but in addition to securing higher returns, they must also face the added difficulty of appeasing host-country regulators. The Santiago Principles need to recognise these developments if they are to remain relevant in reflecting the standards of legitimate sovereign investing.

Adam D. Dixon is Associate Professor of Globalization and Development at Maastricht University in the Netherlands. He is the Principal Investigator of the research project Legitimacy, Financialization, and Varieties of Capitalism: Understanding Sovereign Wealth Funds in Europe (SWFsEUROPE), a five-year (2018-2022) funded by the European Research Council. His research focuses on globalization, development, state capitalism, and the political economy of sovereign wealth funds. He is the author of The New Frontier Investors: How Pension Funds, Sovereign Funds, and Endowments are Changing the Business of Investment Management and Long-Term Investing (Palgrave Macmillan 2016), The New Geography of Capitalism: Firms, Finance, and Society (Oxford University Press 2014) and Sovereign Wealth Funds: Legitimacy, Governance, and Global Power (Princeton University Press, 2013).

Imogen T. Liu is a doctoral candidate at Maastricht University working on the SWFsEUROPE project. Her dissertation is about the state-market embeddedness of the Chinese political economy in a global context through the lens of SWFs. Her work has been published in Political Science (peer-reviewed) and the Leiden International Review. She graduated with an MPhil in Political Science and Public Administration from Leiden University and a Bachelor’s degree in Economics and Statistics from the University of Auckland. 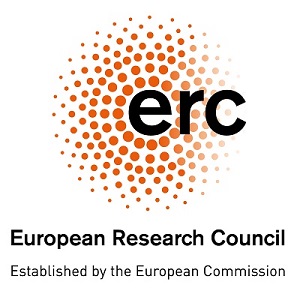